Are you feeling tired and unmotivated? Have you gained weight around your abdominal area that is hard to lose? Are erectile dysfunction and a loss of libido affecting your sex life? You may be suffering from the effects of hormone imbalance.

Men’s testosterone and dehydroepiandrosterone (DHEA) levels begin to decrease between 30-40 years of age and continue to decline. These hormones are essential for maintaining muscle mass, energy levels, libido, and sexual function. When these hormone levels decline, men may experience a range of symptoms known as ‘andropause.’

Hormone therapy can help restore normal hormone levels and alleviate the symptoms associated with andropause, making you feel revitalized and like your old self again.

Dr. Bruice is an MD specializing solely in balancing hormones. He has been treating andropause with testosterone and DHEA since 1998. If you are struggling with the emotional and physical effects of hormone imbalance, Dr. Bruice is here to help. For hormone therapy in Denver and Aspen, call (303) 957-6686 or complete our online inquiry form. 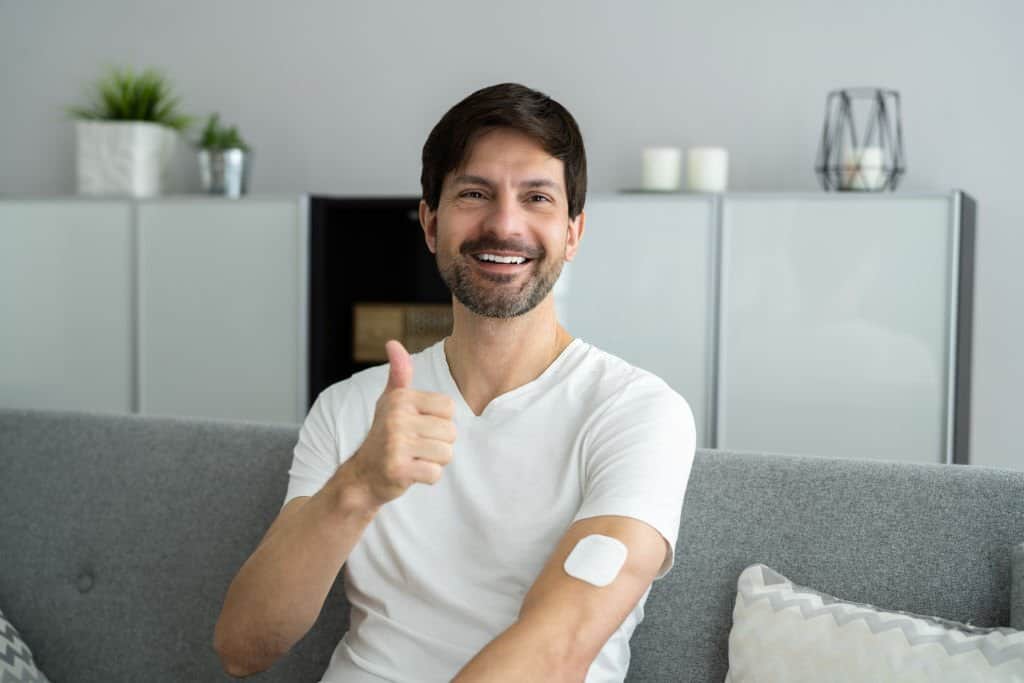 Androgens are a group of sex hormones that play an important role in the onset of puberty. They contribute to both physical development and reproductive health in men. The testes and adrenal glands produce androgens. Androgens include the hormones testosterone and dehydroepiandrosterone (DHEA).

Testosterone is the primary and most well-known androgen. It is the hormone most associated with men’s bodies and manhood. Testosterone plays a vital role in muscle growth, red blood cell production, and sexual function. Levels usually peak during a man’s early twenties and gradually decline as he ages.

(DHEA) also begins to decline as men age. It’s a precursor to testosterone and estrogen and plays an important role in the immune system, bone density, and muscle mass. Like testosterone, DHEA levels usually peak at approximately age 25 and start to decrease by about 2% per year.

DHEA is the most abundant hormone in the bloodstream and has been shown to:

Andropause is the medical term for the age-related decline in testosterone and DHEA levels that can occur in men.

This decrease in androgen levels can lead to a range of symptoms, including:

Hormone replacement therapy is an effective way to combat the decline of testosterone and DHEA and the resulting negative impacts. There are a few ways to maintain testosterone levels in men. Testosterone Replacement Therapy (TRT) can be accomplished with creams, pellets, or injections. Weekly testosterone injections or testosterone pellets sometimes yield greater results compared to testosterone cream.

Self-administered testosterone injections are injected into the muscle of the thigh or buttocks, usually once weekly to maintain even levels of testosterone. Testosterone pellets contain crystalline testosterone. They are the size of a tic tac and are inserted just beneath the skin in the hip area. Our bodies absorb the pellets slowly over a period of three to six months. Pellets can prove to be a more effective method of balancing hormones as they provide a constant stream of hormones into the blood avoiding spikes or drop-offs that one would encounter when applying a testosterone cream or administering testosterone injections.

How the TRT Procedure Works

The most significant risk of TRT is the polycythemic effect. Polycythemia means your body makes too many red blood cells (RBC). If this increase in RBC is not balanced by proper hydration, the hematocrit (percentage of RBC in the blood) becomes too elevated. If you receive testosterone replacement therapy at our clinic, your hematocrit levels will be closely monitored.

Testosterone deficiency treatment is safe when used as directed by a qualified healthcare practitioner like Dr. Bruice. As with any medication, there are potential side effects such as acne, fluid retention, high blood pressure, and increased red blood cell production. The possible side effects will be discussed with you during your consultation.

Hormone Therapy for Men in Denver

If you struggle with the physical and emotional symptoms of hormone imbalance, see the best hormone doctor in Denver, Kenton Bruice, M.D. For hormone replacement therapy in Denver and Aspen, call (303) 957-6686 or complete the online inquiry form.

What happens when a man takes hormone therapy?

How long does it take for male hormones to work?

It depends on the specific hormone therapy. It typically takes 2-3 weeks to see results from testosterone replacement therapy. An improvement in energy is typically seen first.

What are the side effects of hormone therapy for men?

Potential adverse effects of hormonal therapy include acne, fluid retention, increased red blood cell production, and blood clots. These risks and side effects will be discussed with you at your initial consultation.

Do I have to take testosterone for the rest of my life?

If you stop taking testosterone treatments, you will return to the state of low testosterone that you experienced before you began TRT. Continuous hormone therapy is recommended to keep experiencing the benefits.

If you stop taking testosterone treatments, you will return to the state of low testosterone that you experienced before you began TRT. Continuous hormone therapy is recommended to keep experiencing the benefits.